is anyone out there?

it doesn't take a genius to notice the rapid decline in the number of posts on this blog in the past few years.  going back, it would seem that it started around 2012, 2013.  Ish.  which is when today's story begins.

i think things are on the upswing.  i hope they are.

this is long.  but here we go. 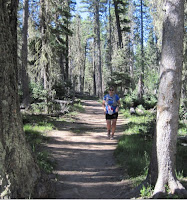 I was battling my weight, but hey, who wasn't?  in 2012, i started a new job, which i love.  and that was the last year i really felt good.  for the past five years, i've been applying every bandaid i could to the increase in weight, decrease in depression, as well as someone without any medical training can.  each new bandaid was followed by a declaration that things are going to be awesome now.

in late 2012, or perhaps 2013, Sweet Baboo went back into the military full time.  i was required to give up my family doc, who'd treated me for 12 years and who had started me on estrogen, and i also had to leave my endocrinologist.  my care was now at the military base, clinic. they do an adequate job there on base, especially with healthy young servicemen and women who aren't approaching maturity, and who doesn't love free prescriptions?  however, the care providers on base, nurse practitioners, have been rotated out every year.  i'm about to begin on my 4th or 5th PCP.  i've lost count.

in any case, the first thing that happened is that my second PCP informed me that i didn't need to be on two thyroid medications.  am i a doctor?  i am not.  so, i said okay.  and that was how citomel, aka liothyronine, was dropped from my regimen. 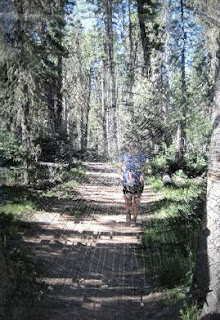 the weight began creeping on.  i blamed it on the new job, which i imagined involved more sitting (it didn't) and the fact that early menopause occurs in my family.  the hot flashes began.  with a vengeance.  two to three times each hour, sweat would bead up on my legs, roll down between my breasts--i stopped sleeping through the night.

a black depression descended on me.  i woke up weeping, and when i wasn't sad, i was numb.  they upped my dose of wellbutrin.  when i started at the base clinic, they had changed my estrogen pills because the ones i had been on weren't in their formulary.  the new pills were making me nauseated, so we tried several iterations of estrogens--vaginal cream was just gross, and the patch had a latex-based adhesive that made me itch like crazy.  finally, my third PCP said, "we really don't like people to be on estrogen more than 5 years anyway." all attempts to treat menopause symptoms with hormones ceased.  i tried decreasing my caffein and taking black cohosh, which really didn't help much.  i told myself it was temporary, and i could ride it out.  right?

the weight gain accelerated throughout 2014 and 2015 but then leveled out at around 165, assuming, of course, that i ran a few miles nearly every day and did olympic weightlifting 2x per week, and kept my average calorie around 1600 per day.  i still felt a little dull, and sluggish.

then in october 2015, while out on a walk with Himself, i started coughing.

i didn't quite put it together that this was when i started using my new office; i simply assumed it was because of the fall bloom of the chamisa bush.  i looked into getting allergy shots at the base clinic, and was told that my asthma was "too poorly controlled".  they offered a referral to a civilian specialists.  after a six months' wait, i saw a pulmonologist.  he said my asthma was under control.  he referred me to an allergist; after another five months i saw the allergist, who said that my asthma was well-controlled, but a chronic post nasal drop was aggravating my airways and causing my coughing.  he tested me for allergies, and then started me on allergy shots.  ever monday and every friday, for seven months, i went in before work for three shots each.  i'm allergic to molds, evergreens, grasses, molds, dust, mites, and cats.

none of this explained why i was coughing now.  i've always had a lot of allergies, especially to grasses and mold  it's why i live in New Mexico.  why was i coughing now? 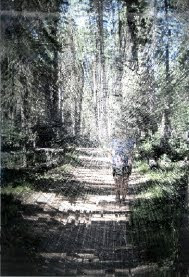 my mood continued to decline.  i struggled to accept that this is what a body in its 50s looks and feels like, even though it felt like it was someone else's body.  someone's older, heavier body.

i coughed throughout the winter, and into the spring of 2016.  by the summer of 2016, i was nearly incontinent and my marathon time had increased by an hour.  i couldn't run. i began studying drawing and painting; i figured if i couldn't run, i needed something else to give me meaning.  i gained another 5 lbs.  i struggled, daily, with fake it until you feel it. i bought air cleaners, dust covers, and everything had HEPA filters it.  i was constantly tired...depressed...heavy...sluggish.

in early 2017, i had gained another 5 lbs.  i was up to 175.  i went online to buy some second-hand clothing to fit the new, larger me because after consulting with a nutritionist, i gained another 10 lbs.

but, by early 2017 i had also figured out that there was something about my office making me cough; although i coughed almost constantly, sometimes until i gagged, it was worse at work.  i brought in an air cleaner.  that seemed to help a little.  the allergy shots continued.  i started feeling a tiny bit better.

then in february 2017, i came in one day to find that the walls near my office, which is partially subterranean, were encased in plexiglass.  men in suits and respirators were walking in an out, and inside the enclosure, were removing wallboard.

mold, the workers told me.  lots of it.  as far down as they could dig.  after 6 weeks they had cleaned up and removed everything.

and i had stopped coughing, abruptly, after 15 months of coughing.  my cough was gone.  i took the air cleaner home.  i started running again.

5 months later,  i was up to running 4 miles per day, except for Tuesdays when I have crossfit.  my mood started to lift.  and in 5 months of substantial exercise, i lost 4 lbs.

there were blood tests for estrogen, testosterone, progesterone, and thyroid hormones.  the new provider explained why: "it's not about the numbers," she said.  "it's about how you're feeling."  i nearly started crying on her office.  she listened to me talk.  i told her, forget that i'm a 50-year-old.  i'm a 50-year-old who's done a lot of shit.  she prescribed a different thyroid medication that includes liothyronine.  she scheduled me to begin hormone replacement therapy.  on July 13th, i will have pellets implanted that contain hormones that last for about 3 months.  tricare will not pay for it.

i'm so tired of being tired.  i'm so tired of not sleeping, of feeling to heavy to run.  i am up to 4 miles per day now, running and hiking on trails each morning.  i realize that you can't be "young" again but i would like to get back to where i have been, to enjoy running again..to have energy...to not feel like my days of competing in sporting events are over.

I've had my hopes dashed repeatedly.  I"m more cautiously optimistic.  i've talked to some women who have had the pellet HRT, and although it's anecdotal, they talk about "getting my life back." I would just like to have enough energy to be able to run and do the things that make me healthy.